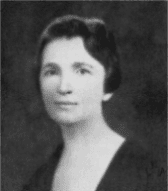 Margaret Sanger dedicated her life to the cause of birth control and founded the organization that is now the Planned Parenthood Federation. Even though the organization still has its critics, Sanger gave a voice and reproductive choices to millions of women.

Margaret was born as Margaret Louise Higgins on September 14, 1979, in Corning, New York. Her mother was a devout Catholic who had 18 pregnancies in 22 years; Margaret was the sixth of 11 live births. Although poor themselves, the family believed in helping others, and their father was a political activist. This influenced Margaret at a young age.

She attended public school until the eighth grade and then spent two years at boarding school. While she was there, she developed an interest in women’s rights and equality. After graduation, she taught for a year until she returned home to care for her mother. At the age of 50, Margaret’s mother died from tuberculosis and cervical cancer that Margaret attributed to her many pregnancies. This experience gave her an interest in nursing and helped set the stage for her later passion for birth control education.

Shortly following her mother’s death, Margaret enrolled in the nursing program at White Plains Hospital in New York. She graduated in 1900 and married an architect, William Sanger, who was much like her father. They had three children, and Margaret quit working as a nurse until after their third child was born.

Margaret resumed her nursing career by working as a visiting nurse in some of the poorest areas of New York where she helped deliver babies and nursed new mothers back to health. She saw the heartbreak caused by unwanted pregnancies and botched abortions. The women desperately wanted contraceptive advice but were unable to get it because the law prohibited contraception. Finally, when a woman died in childbirth after begging for birth control advice, Sanger decided she had to do something to help women improve their lives through birth control. Sanger had found her calling and began her lifelong mission. For a year, she studied everything she could find about birth control and even traveled to Europe to study family planning. In 1914, she felt that she was prepared to take action. Her plan for action had three parts. First was education of the public. She started her own magazine, Woman Rebel, that contained articles on birth control and related subjects. This created many enemies, including the Catholic Church, politicians and women’s suffrage groups who thought she should be working for the right to vote rather than family planning.

The next part of her plan was to change laws. The Comstock Law prohibited using the U.S. Postal Service to mail anything considered obscene, and birth control information was considered obscene. Sanger was charged with breaking obscenity laws and fled to England for two years to avoid being jailed. When the charges were finally dropped, she returned to the United States to continue her efforts.

The third part of Sanger’s plan was organization. She formed the National Birth Control League that is continued now under the name Planned Parenthood Federation of America. She gathered support and funds by lecturing throughout the United States and challenged the law by opening her first birth control clinic in New York City. The clinic opened in 1916 but was raided and shut down in a few weeks. A judge told Sanger he would dismiss charges if she agreed to not reopen the clinic, but she refused and was sentenced to 30 days in the workhouse.

After her release from jail, Sanger reopened the clinic at her home and hired a female doctor. Even though she was helping women on a local level, she felt the need to go national. This prompted her to publish The Birth Control Review and to lecture nationally once again.

During the first five years of her lectures and publication, Sanger received over one million letters from women who described their circumstances and wanted birth control information. She decided to publish some of these letters as a way to show legislators the overwhelming need for birth control. The book of letters was called Mothers in Bondage and proved to be an effective tool in the fight for birth control rights.

The 1920s and 1930s were years of great change for Sanger in both her personal and political life. She and her husband divorced, and she remarried. Her daughter died suddenly, and her two sons left home to attend college. Perhaps because of all these changes, she intensified her fight against birth control opponents. She lobbied legislators and the American Medical Association (AMA), and in 1936, her efforts were successful. The Supreme Court reversed the Comstock Law that made the mailing of birth control information illegal, and the AMA ruled that doctors could give birth control information and devices to their patients. Knowing that birth control was finally legal was a great victory for Sanger.

Sanger continued to work for worldwide acceptance of family planning and affordable methods of birth control. She died in Arizona at the age of 87.

Sanger’s main emphasis was education and free access to reliable means of family planning. She thought of birth control as a requirement for a woman’s freedom but did not believe that abortion was a solution to the problem of unwanted pregnancies. In her book, Woman and the New Race, she wrote that the abortions in America were a disgrace to civilization. It was not until after her death that the reproductive rights movement began to include abortion rights. In some of her writings, she had opinions that may not be accepted today. She was an advocate of what is called negative eugenics. In short, she favored intervention to reduce reproduction by those considered unfit. She supported forced sterilization for profoundly mentally handicapped people and those with incurable, hereditary diseases and favored strict immigration policies concerning health and disabilities.

Margaret Sanger changed the world for millions of women by ensuring them reproductive freedom. While the Planned Parenthood Federation still is a controversial issue today, Sanger dedicated her life to what she believed was right. She never deviated from her purpose until she effected change. She is one of the most well-known and famous nurses in history.