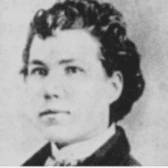 Even though her name is not widely known, Sarah Edmonds was one of the most unusual, interesting and brave women in the American Civil War era. She not only served as a nurse but also as a Union soldier and spy. hard rock hotel las vegas

Sarah Emma Evelyn Edmondson was born in 1841 in New Brunswick, Canada, the youngest of five children. Not much is known about her mother, but her father wanted a boy and was very disappointed that Emma, as she was called, was a girl. Even though she dressed and acted like a boy, she was never able to please him. To escape his unkindness and abuse, she left home at a young age and fled to the United States. At this time, she changed her name to Edmonds and dressed like a man to avoid detection. When the Civil War started, she was living in Flint, Michigan, and decided to join the Union Army to serve what she now considered her country http://svenskcrosskart.se/nl-NL/duurste-vakantie_12-02-2020.

Women were not permitted to enlist in the army, so she joined as a male, using the name of Frank Thompson. Since army recruits were not subject to physical examinations at that time, and she was used to cross-dressing, it was easy for her to pass as a man. The unusual part was not that she was able to join, but that she was able to serve for two years without being detected. There were also other women who joined, but many of these were detected and either imprisoned or sent home.

air amsterdam dress code Even though Emma, alias Frank Thompson, joined as a man, she was assigned to be a nurse with the Second Volunteers of the United States Army. After a short training period, her unit was sent to Virginia to be a part of General McClellan’s campaign. Being a nurse was as dangerous as fighting in combat since they accompanied the soldiers to the battlefields.

casino belfort Soon, two events occurred that drastically changed Edmonds’ life. The Confederates killed one of McClellan’s spies and a close friend was killed in battle. Wanting to avenge her friend’s death, she decided to volunteer to be a Union spy and was accepted for the position. Her job was to infiltrate the Confederate army and bring back vital information.

For her first mission, she disguised herself as a black man. She accomplished this by applying silver nitrate to her skin to turn it brown and wearing a wig. She entered a Confederate camp with slaves who were bringing food to the soldiers and worked several days with them, first building ramparts and then in the kitchen. She gained a great deal of valuable information that she took back to the Union troops this web page.

http://brianbiro.com/?get-essay_26-03-2020 When she returned to camp, she resumed her duties as Private Frank Thompson, male nurse, until she was needed as a spy again. She was very creative with her disguises. For her next mission she was an Irish peddler woman by the name of Bridget O’Shea. Her next disguise was that of a Negro mammy. She worked as a laundress in this disguise and was fortunate to find a packet of official papers in a Confederate officer’s jacket. It is thought that she went on 11 successful missions. There are no official military records that document these missions, but Private Thompson’s records list “absent on duty” at various times.

Between spy missions, Edmonds as Private Thompson worked the field hospitals. Her reputation as an excellent nurse as well as a spy was well known. However, at the end of 1862, she became ill with malaria and faced a difficult decision. If she were treated at the military hospital, her disguise would be known. After much thought, she decided to leave the army in secret and obtain treatment at a private hospital diflucan over the counter walgreens.

Emma checked herself into a private hospital in Cairo, Illinois, where she was treated for malaria. When she was well, she planned to return to the army again as Private Frank Thompson, but soon found that he was sought as a deserter. Fearing a court-martial if she returned to duty, she moved to Washington, D.C. Using her real name, she worked as a nurse in a government hospital for the wounded until the end of the war.

Life After the War

Following the war, Emma spent time writing her memoirs, Nurse and Spy in the Union Army: The Adventures and Experiences of a Woman in Hospitals, Camps, and Battlefields

, that was dedicated to the sick and wounded soldiers of the Army of the Potomac. The book was extremely successful, and she gave all of the profits to the Soldiers’ Relief Association. After this, Emma returned to Canada, met Linus Seeyle, a mechanic, and they were married in 1867. Returning to the United States, they settled down and raised a family.

Even though Emma was happy in her family life, it always bothered her that she, as Frank Thompson, was charged with desertion. In 1882, Emma applied for a veteran’s pension and started the process of clearing her record of desertion on the grounds that she was unable to reveal her identity. She was successful on both counts, and an Act of Congress in 1884 removed the charge of desertion from Frank Thompson’s file and gave Sarah Emma Edmonds an honorable discharge. A year before her death in 1898, she became the first woman in history to be inducted into the Civil War Union Army veterans’ association, the Grand Army of the Republic (GAR). She is buried in Houston, Texas.

It is clear that Sarah Emma Edmonds deserves the designation of a famous nurse in history. She was never one to turn from adversity and her adventurous spirit allowed her to make the best of challenging circumstances. She found a cause that electrified her and never wavered from her calling.