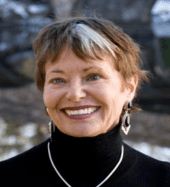 Many men and women enter the nursing field because they see it as a career that cares about people. Compassion is often a trait required of nurses, since taking care of patients’ needs is their primary purpose. Jean Watson’s Philosophy and Science of Caring addresses how nurses care for their patients, and how that caring translates into better health plans to help patients get healthy.

Biography and Career of Jean Watson

Jean Watson was born in a small town in the Appalachian Mountains of West Virginia in the 1940s.

Watson graduated from the Lewis Gale School of Nursing in 1961, and then continued her nursing studies at the University of Colorado at Boulder. She earned her bachelor’s degree in 1964, a Master’s degree in psychiatric and mental health nursing in 1966, and a Ph.D. in educational psychology and counseling in 1973.

She served as Dean of Nursing at the University Health Sciences Center and was the President of the National League for Nursing. She is a fellow of the American Academy of Nursing.

Her books include Nursing: The Philosophy and Science of Caring, Revised Edition

, which was published in 2008. She currently holds an endowed chair at the University of Colorado, and in 2008, she created the Watson Caring Science Institute to help spread her nursing theory and ideas.

Some of Jean Watson’s other works include:

Jean Watson’s Philosophy and Science of Caring addresses how nurses express care to their patients. Caring is central to nursing practice, and promotes health better than a simple medical cure. She believes that a holistic approach to health care is central to the practice of caring in nursing.

According to Watson, caring, which is manifested in nursing, has existed in every society. However, a caring attitude is not transmitted from generation to generation. Instead, it’s transmitted by the culture of the nursing profession as a unique way of coping with its environment.

According to her theory, caring can be demonstrated and practiced by nurses. Caring for patients promotes growth; a caring environment accepts a person as he or she is, and looks to what he or she may become.

Caring consists of carative factors. Watson’s 10 carative factors are: forming humanistic-altruistic value systems, instilling faith-hope, cultivating a sensitivity to self and others, developing a helping-trust relationship, promoting an expression of feelings, using problem-solving for decision-making, promoting teaching-learning, promoting a supportive environment, assisting with gratification of human needs, and allowing for existential-phenomenological forces. The first three factors form the “philosophical foundation” for the science of caring, and the remaining seven come from that foundation.

Watson’s theory has four major concepts: human being, health, environment/society, and nursing. The human being is defined as “…a valued person in and of him or herself to be cared for, respected, nurtured, understood and assisted; in general a philosophical view of a person as a fully functional integrated self. He, human is viewed as greater than and different from, the sum of his or her parts.” A human’s health includes a high level of overall physical, mental, and social function; a general adaptive-maintenance level of daily function; and the absence of illness or the process of efforts that will lead to an absence of illness.

Watson’s nursing process parallels the scientific research process. The first step is assessment. This involves observation, identification and review of the problem, and the formulation of a hypothesis. Next, the nurse creates a care plan to determine how variables will be examined, as well as what data should be collected and how. Step three is intervention. This is the implementation of the developed plan and includes the collection of the data. Finally, the nurse conducts an evaluation. This is the examination of the data and results of the intervention, and the interpretation of the results. This may lead to an additional hypothesis.

One advantage to Watson’s Philosophy and Science of Caring theory is that it creates a generalized framework for nursing that can be applied to a variety of situations and patients. It also places the patient in the context of the family, community, and culture. The patient is the focus of practice rather than the technology. However, the “looseness” of Watson’s framework can also be a drawback in instances when something more structured is needed for the care of a patient.

For more detailed information: Watson’s Philosophy and Science of Caring