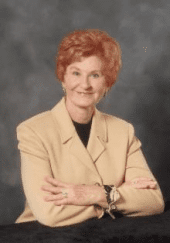 One of the roles of nurses is to help patients learn to care for themselves and make healthy choices. By participating in their own self-care, patients can prevent illnesses and diseases and help ensure they have better overall health. One nursing theory that helps patients prevent illnesses through their behavior and choices is the Health Promotion Model, which was developed by nursing theorist Nola Pender.

Biography and Career of Nola Pender

Pender attended Michigan State University to earn her bachelor and master’s degrees in 1964 and 1965, respectively. She earned her Ph.D. from Northwestern University in 1969.

She received a Lifetime Achievement Award from the Midwest Nursing Research Society in 2005. She was awarded an honorary doctorate of science degree in 1992 from Widener University. She was given a Distinguished Alumni Award from the Michigan State University School of Nursing in 1972. She has many publications in a variety of texts and journals, including six editions of Health Promotion in Nursing Practice (6th Edition)

Pender has served as a member of a number of organizations. She is also a co-founder of the Midwest Nursing Research Society, and currently serves as a trustee. She is currently a professor emerita in the Division of Health Promotion and Risk Reduction at the University of Michigan School of Nursing, and serves as a Distinguished Professor at Loyola University Chicago’s School of Nursing. She is currently retired, and spends her time consulting on health promotion research nationally and internationally.

Nola Pender developed her Health Promotion model, often abbreviated HPM, after seeing professionals intervening only after patients developed acute or chronic health problems. She became convinced that patients’ quality of life could be improved by the prevention of problems before this occurred, and health care dollars could be saved by the promotion of healthy lifestyles. After researching current models and discovering that most focused on negative motivation, she developed a model that focused on positive motivation. The first version of the model appeared in literature in 1982. It was revised in 1996 based on changing theoretical perspectives and empirical findings.

The purpose of the model is to assist nurses in understanding the major determinants of health behaviors as a basis for behavioral counseling to promote healthy lifestyles. Pender’s theory encourages scholars to look at variables that have been shown to impact health behavior. It uses research findings from nursing, psychology, and public health into a model of health behavior. The model can be used as a foundation to structure nursing protocols and interventions. In practices, nurses should focus on understanding and addressing the variables most predictive of given health behaviors.

There are five key concepts in the Health Promotion Model: person, environment, nursing, health, and illness.

The person is a biophysical organism shaped by the environment, but also seeks to create an environment in which human potential can be fully expressed. Because of this, the relationship between person and environment is reciprocal. Individual characteristics and life experiences shape behaviors. The environment is described as the social, cultural, and physical context in which life unfolds. It can be manipulated by the individual to create a positive context of cues and facilitators for health-enhancing behaviors. The role of nursing is a collaboration among patients, families, and communities to create the best conditions for the expression of optimal health and high-level well-being. Health is defined as the actualization of human potential through goal-directed behavior, self-care, and relationships with others with necessary adjustments made to maintain relevant environments. Illnesses are discrete events in the life that can hinder or facilitate the patient’s continuing quest for health.

The model is based on the following assumptions:

The model is based on the following theoretical propositions: