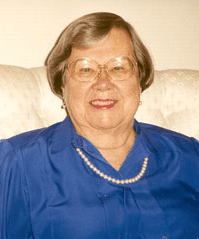 Works written by Dorothy Johnson include:

Johnson is known for her Behavior System Model of Nursing, which was first proposed in 1968. The model advocates the fostering of efficient and effective behavioral functioning in the patient to prevent illness. The patient is defined as a behavioral system composed of seven behavioral subsystems. Each subsystem is comprised of four structural characteristics. An imbalance in each system results in disequilibrium. The nurse’s role is to help the patient maintain his or her equilibrium.

Johnson’s theory of nursing defines nursing as “an external regulatory force which acts to preserve the organization and integration of the patients behaviors at an optimum level under those conditions in which the behavior constitutes a threat to the physical or social health, or in which illness is found.”

The goals of nursing are fourfold, according to the Behavior System Model:

There are four assumptions about system in the model:

The four assumptions about structure and function are that:

There are three functional requirements for the subsystems.

These behaviors are “orderly, purposeful and predictable and sufficiently stable and recurrent to be amenable to description and explanation.”

Johnson’s theory defines health as a purposeful adaptive response to internal and external stimuli in order to maintain stability and comfort. The main goal of nursing is to foster equilibrium within the individual patient. The practice of nursing is concerned with the organized and integrated whole, but maintaining a balance in the behavior system when illness occurs is the major focus of the career.

The nursing process of the Behavior System Model of Nursing begins with an assessment and diagnosis of the patient. Once a diagnosis is made, the nurse and other healthcare professionals develop a nursing care plan of interventions and setting them in motion. The process ends with an evaluation, which is based on the balance of the subsystems.