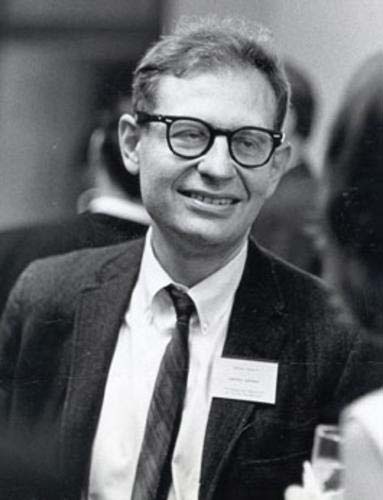 Lawrence Kohlberg was a psychologist and nursing theorist from America. He’s known for his Theories of Moral Development. His work focused on philosophers such as James Mark Baldwin and George Herbert Mead. He combined the work of both these philosophers with his own study on human development. He also studied the findings from Jean Piaget, a Swiss psychologist. Kohlberg was interested in learning about Piaget’s theory of child development. He went on to publish an extension to Piaget’s theory in five years. The next step he did was to create the field within psychology for “moral development.”

Kohlberg was born on October 25, 1927, in Bronxville, New York. His mother was a Protestant and skilled chemist named Charlotte Albrecht Kohlberg. His father was a German Jewish silk merchant named Alfred Kohlberg. Lawrence Kohlberg was the youngest of four children within his parent’s marriage. His parents separated and divorced when he was a small child and he had to choose which parent to live with. He chose to live with his father, but he saw his mother frequently as well. He spent much of his youth traveling between his mother and father.

He went to school in Andover, Massachusetts at Philips Academy in 1945. At the end of World War II, he served in the Merchant Marine. It was here that he began smuggling Jewish refugees to safety in Palestine. Their job was to maneuver around the British blockade to bring these refugees to safety. He became imprisoned at a British camp within Cyprus when their ship was detained. Shortly after, he returned to the United States. In 1948 he began to study psychology at the University of Chicago. He completed a psychology degree in a year and then his Ph.D. in 1958.

Kohlberg continued studying psychology. He took a few jobs teaching at different universities over the next ten years. It wasn’t until he began to teach at Harvard University in 1968 that he began working on child development. His research began to form into his greatest work, the theories of moral development. He began as a developmental psychologist but his interest grew. He began to study in moral education. He began to work at Harvard’s Center for Moral Education. Here he conducted research that brought him a lot of attention in the early 1970s.

It was during this time that he began to study Jean Piaget and his work on the moral development of children. Piaget’s stated that children had a moral sense of what was right and wrong due to consequences. Kohlberg was also intrigued by the findings and work done by John Dewey. John Dewey was an American philosopher. Kohlberg studied both men and conducted his own research to come up with his own theory. He was able to share and prove his beliefs. One was that a person’s moral reasoning would progress throughout their life. He used this belief to study more into moral development with children. Kohlberg asked 72 boys from the middle and lower class a question. He would base his nursing theory on the results. The question he asked the children was if a poor man did the right thing by stealing medication for his dying wife. His findings perceive a child’s actions in a total of 3 levels. These three levels were then broken down into 6 different stages. He was not focused on the children’s answer, but rather on how they came up with the answers they gave him.

The first level combined the first and second stage of the theory. It is the notion of right and wrong that most children have upon entering into elementary school. The first stage states that a child knows what to do to avoid punishment. They are generally told what is wrong by an authority figure. It is a stage of obedience. The second stage states that the child knows what to do to make a good deal. They understand the behavior that will be in their best interest.

The last level is also devised in two different stages. It is these last two stages that Kohlberg believed was not reached by most adults. The first stage is when a child’s guided by respect for rules and regulations. It is also when someone does the right thing because it is morally the right thing to do. It is by doing the right thing that shows that a person has a concern for someone else’s welfare. The final stage is one that Kohlberg believed was rarely achieved. This was when the decision to do the right thing is because of equality and ethical principles. Kohlberg had a hard time with this stage because there were so few people who achieved it. Thus, there were few people to study in the final stage.

He continued to conduct research on moral development. His work was influential to other psychologists long after his death. Many educators today still use his findings on moral education. His top contributions in moral education are Dilemma Discussions, Just Community Schools, and Moral Exemplars. He also has many papers, articles, and books published.

In 1971 Kohlberg had intense stomach pain that led to a parasitic infection in Belize. His health began to diminish after that. His health continued to get worse and he had problems with depression. This was from the medication he had to take. On January 19, 1987, he committed suicide. Scholars study his work and today and his contribution to psychology development.