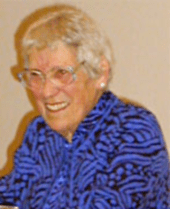 One draw of the field of nursing is the ability for nurses to individualize their care plans for their patients. In order to ensure that unique patients are able to get healthy, they need nursing care plans as unique as they are. This means assessment and evaluation of each patient before and during care. Nancy Roper’s desire to become a nurse started in childhood, and as a result of her experiences and education, she, along with two of her colleagues, developed the Roper-Logan-Tierney Model of Nursing to assess patients’ level of independence and provide the best individualized care for them.

Biography and Career of Nancy Roper

Nancy Roper was born on September 29, 1918 in Wetheral, Cumberland.

Her mother was a nanny, and when Roper started her career after life-long plans to become a nurse, she studied to be a registered sick children’s nurse. She then took her general training. It was during her training that she began to develop her nursing model.

In 1943, she became a state registered nurse and was offered a post as a staff nurse in teaching. When she was later offered a senior tutor position at Cumberland Infirmary, Roper insisted on qualifying as a teacher first. She earned a sister tutor’s diploma in 1950 from London University, and started overseas experience with a Royal College of Nursing study tour to Belgium in 1954.

She was an examiner for the General Nursing Council, and worked on updating Oakes’ Dictionary for Nurses, which appeared in 1961. After 30 years as a nurse and nurse educator, Roper became a self-employed lexicographer and author in 1964.

Roper began her investigation into the concept of a core of nursing in her studies at Edinburgh University in 1970, thanks to a British Commonwealth Nurses Fellowship, which led to the initial publication of her model of nursing.

Roper passed away in Edinburgh on October 5, 2004.

Other works by Nancy Roper are:

The initial purpose of the model was to be an assessment used throughout the patient’s care, but has become the norm in nursing in the United Kingdom to only use it as a checklist during admission. It is usually used to determine how a patient’s life has changed because of an illness or hospital admission rather than as a way to plan for increased independence and quality of life.

The Roper-Logan-Tierney Model of Nursing is the most widely-used model of nursing used in the United Kingdom, and used particularly well in medical and surgical settings.

The model is based upon activities of living, which evolved from the work of Virginia Henderson in 1966. The activities of daily living are the key to the model, which seeks to define “what living means.” The discoveries about what living means are categorized into the activities of living to promote maximum independence through complete assessment, which leads to interventions that further support independence in areas that may be difficult or impossible for the patient on his or her own.

The model assesses the patient’s level of independence in relation to the activities of living, which then helps the nurse and health care team to develop a nursing care plan based on the patient’s individual abilities and levels of independence. To be most effective, the patient should be assessed upon admission, as well as evaluated throughout care. That way, changes can be made to the care plan, if needed. The activities of living listed in the model are:

For more detailed information: Roper-Logan-Tierney Model for Nursing Based on a Model of Living