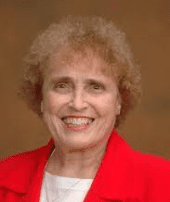 Though there are hard and fast answers in the healthcare field, it is also adaptive and nurses need to be flexible in order to provide the best care for their patients. After all, each patient is different and should be cared for based on the individual needs of that particular patient. To better understand the adaptive nature of nursing, it would help to study Sister Callista Roy’s Adaptive Model of Nursing.

After working as a staff nurse and in administrative positions at St. Mary’s Hospital in Tucson, Arizona, and St. Joseph’s Hospital in Lewiston, Idaho, Roy joined the faculty of Mount St. Mary’s College in 1996. She also served as Department Chair between 1971 and 1982.

Between 2003 and 2006, Roy served on the Board of the International Network for Doctoral Education. She is also Faculty Senior Nurse Scientist at the Yvonne L. Munn Center for Nursing Research at Massachusetts General Hospital.

Since developing her Adaptation Model of Nursing, Roy has had over 100 publications, which includes 11 books with translations in 12 languages. She has been awarded four Honorary Doctoral degrees, has several teaching awards, and won national awards from STTI, NANDA, and NLN. In 1995, Mount St. Mary’s College awarded Roy the Carondelet Medal for her contributions to the nursing field. In 1978, she was elected to the American Academy of Nursing, and is still an active Fellow.

The following are some of Callista Roy’s works:

Developed by Roy in 1976, the Adaptation Model of Nursing asks three central questions: Who is the focus of nursing care? What is the target of nursing care? and When is nursing care indicated? This model looks at the patient from a holistic perspective.

The three concepts of her model are the human being, adaptation, and nursing. Under the concept of adaptation are four modes: physiological, self concept, role function, and interdependence.

The physiological mode deals with the maintenance of the physical body. This includes basic human needs such as air, water, food, and temperature regulation. The function of the mode of self-concept is the need for the maintenance of the mind. The person’s perceptions of his or her physical and personal self are included in this mode. Social integrity is emphasized in the role function mode. This addresses people’s adaptations to different role changes that occur throughout a lifetime. The interdependence mode also addresses social integrity. This mode deals with the balance between independence and interdependence in a person’s relationships with other people.

According to Roy’s model, the goal of nursing is to promote adaptation of the patient during illness and health in all four of the modes. The nurse’s actions begin with assessment on two levels. First, the nurse makes a judgment as to the presence or absence of maladaptation. Second, the nurse focuses on the stimuli influencing the patient’s maladaptive behavior. The nurse then takes actions to promote adaptation by manipulating the environment, elements of the patient system, or both as part of their nursing care plan.

Nursing is not rigid. And by applying Roy’s Adaptive Model of Nursing to your nursing practice, you can be sure that the care you give your patients will be the highest quality you can provide for that individual patient in his or her individual situation.