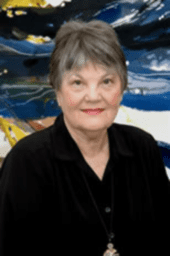 Biography and Career of Margaret A. Newman

She received a doctorate from New York University in 1971. Newman then taught at New York University until 1977. In the fall of 1977, she accepted the position of professor-in-charge of graduate study in nursing at Penn State University. In 1984, Newman began working as a nurse theorist at the University of Minnesota, and she retired from teaching in 1996.

The initial idea for Newman’s Health as Expanding Consciousness Theory came together as a result of an invitation to speak at a conference on nursing in 1978. It stems from Rogers’ Theory of Unitary Human Beings. It was stimulated by concern for those for whom the absence of disease or disability is not possible. Newman was also influenced by Bentov’s concept of the evolution of consciousness, Young’s Theory of Process, and Bohm’s Theory of Implicate.

This grand theory of nursing claims that every person in every situation, regardless of how disordered and hopeless it may seem, is part of the universal process of expanding consciousness, which is a process of becoming more of oneself, finding greater meaning in life, and of reaching new dimensions of connectedness with other people and the world.

According to Newman, “The theory of health as expanding consciousness (HEC) was stimulated by concern for those for whom health as the absence of disease or disability is not possible. Nurses often relate to such people: people facing the uncertainty, debilitation, loss and eventual death associated with chronic illness. The theory has progressed to include the health of all persons regardless of the presence or absence of disease. The theory asserts that every person in every situation, no matter how disordered and hopeless it may seem, is part of the universal process of expanding consciousness – a process of becoming more of oneself, of finding greater meaning in life, and of reaching new dimensions of connectedness with other people and the world.”

Humans are open to the whole energy system of the universe and constantly interacting with the energy. With the process of interaction, humans are evolving their individual patterns of whole. According to Newman, the pattern of the individual patient is essential. The expanding consciousness is pattern recognition.

The model also addresses the interrelatedness of time, space, and movement. Time and space are the temporal pattern of the patient, and have a complementary relationship. People are constantly changing through time and space, which is movement, which shows a unique pattern of reality.

Additional Sources on the life of Margaret Newman include: