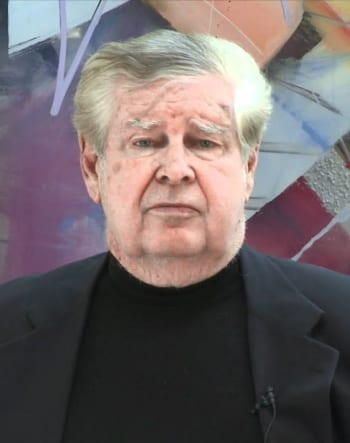 Dr. Robert Carkhuff is a world-renowned clinical psychologist. His theoretical work in helping and human relationships theory has no parallel. Dr. Carkhuff has been a practicing clinical psychologist since the early 60s. He also has done research in this field assisted by some able colleagues at various universities. He is located in Amherst, Massachusetts where he runs the various centers that compose his Robert Carkhuff companies. At this writing, Dr. Carkhuff has published over 44 books and over 5,000 articles.

Dr. Carkhuff was a student of Carl Rogers, one of the 20th century’s greatest human relationship theorists. His theories on including humanness into psychotherapy and his methods to evaluate the response to therapy advanced clinical psychology. Dr. Carkhuff assisted with the research on a number of Dr. Roger’s papers as a student. One of the results they found was that in many cases, a nonclinical specialist (normal person) was able to match the results obtained by a trained psychologist. This caused quite a commotion on the clinical psychology world. Dr. Carkhuff does not discuss his personal life or his clinical work before he published his first texts.

After working in the field a few years, Dr. Carkhuff broke from his mentor and carried his theory even further into including the humanness of the client into the client relationship. He had observed and reviewed the results he had found in the original studies and found that if the clients were studied over a longer period of time, it was always possible to find a difference between those who had professional therapy and those that had no therapy. He found that the difference showed in the client building a better life based on what he or she had learned in the therapy, or the client became progressively worse than those who received no treatment. He set out to do something about those that did not turn out well.

In 1967, he published his Toward Effective Counseling and Psychotherapy. This was followed by a more in-depth work on Helping and Human Relations, Vol. I and II in 1969. Slowly his work revolutionized both clinical psychology and counseling in school settings. Eventually his work influenced all the helping professions, leading to his most famous book, The Art of Helping in 1971. This textbook is now in its 9th edition and has several student workbooks as well. Dr. Carkhuff also used his theories to revolutionize the parent and child relationship.

Wanting to share his theories, Dr. Carkhuff then spread his theories and work into the community at large. He did this by involving his theories in school systems, and youth crime detention. He brought his methods into adult prisons, too. He felt that everyone can benefit from having the skill of a helper regardless of their profession or position in life. His process has become known as the Carkhuff method.

• Attending – letting the helpee know that you are available to help
• Responding – reaching out to learn the helpee’s concerns and needs
• Personalizing – the helper understands the helpee’s position by relating these to their own life and situation
• Confrontation abilities
• Immediacy and local knowledge
• Agreeing on a pathway to obtain that which is needed by the helpee
• Responding skills (empathy, specificity and respect)
• Initiating skills (concreteness, confrontation, genuineness, immediacy)

His The Art of Helping alone has sold over one million copies and has been translated into many languages. Dr. Carkhuff also lists the behaviors that should be observed after an intervention. These are:

In the 70s and 80s, Dr. Carkhuff worked to extend his theories to the public and private business domains. He did research in to methods to make each person productive and develop this productivity in the community so no one was angry or dissatisfied with their life. He felt that each of us needs to learn reason, relate and represent.

In the 90’s, he developed his theories into teaching and education, developing a number of books on teaching and training. His methods were phased in over the entire state of Washington educational system. He also helped design a number of charter schools designed to encourage diversity. After this, he began to concentrate on helping to develop a happy generativity or life. He wants to further his helping theories to solve the socioeconomic problems of the world. His thought process is that a person should cling to his community the way he clings to loved ones or his life.

Nursing has adapted his helping theory as a successful tool in nursing theory to improve the care provided to clients. Most clients require teaching and adapting, and his theory is a great measuring tool on the success of the client/nurse interaction. Dr. Carkhuff believes all relationship are helper/helpee relationships of some sort. Certainly, the client normally seeks out the nurse for help with an illness or other difficulties. The help that is really needed may not be easily perceived without the development of an empathetic relationship.

Dr. Carkhuff has also listed the skills required to be a successful helper. Those in the helping profession need to constantly review their methods to make sure they are effective with their clients. These include:

By improving these skills, a practitioner can become more expert in dealing with clients.

In his declining years. Dr. Carkhuff has set up a website at freedomblog.com in which he compiles articles and studies that relate to improving one’s freedom, be that economic, intellectual or physical. He addressed socioeconomic systems in The New Capitalism. A later book, Generativity Solutions came out in 2009. This book has been revised to include five volumes. Dr. Carkhuff has also published an Informational Generativity series that includes four volumes discussing society and the information age. Dr. Carkhuff’s focus continues to be the community and global solutions to age-old problems using his helping and human relationships theory. According to the Institute of Scientific Information, Dr. Carkhuff books remain among the 100 books most cited by social scientists in their clinical and publication work.