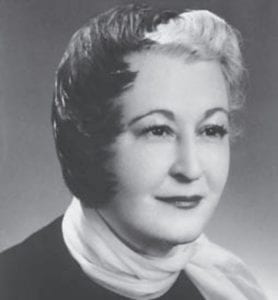 In 1927, she earned her nursing diploma and went on to complete a Bachelor of Science in Public Health Nursing in 1937. She earned a Master’s degree to teach natural sciences in 1942.

Hall worked as the first director of the Loeb Center for Nursing. Her nursing experience was in clinical nursing, nursing education, research, and in a supervisory role.

Lydia E. Hall developed the Care, Cure, Core Theory of Nursing in the late 1960s as
a result of her work in psychiatry, as well as her experiences at the Loeb Center. In her career, she promoted involvement of community members in health-care issues, as well.

Also known as “the Three Cs of Lydia Hall,” Hall’s theory contains three independent but interconnected circles. The three circles are: the core, the care, and the cure.

The core is the patient to whom nursing care is directed. The core has set goals by him or herself rather than by a healthcare provider or family and friends. The core makes decisions and behaves according to his or her feelings and values.

The cure is the attention given to the patient by the nurse and other medical professionals. In this model, the focus of care is not only on the nurse, but on all healthcare professionals involved in the care of the patient. The cure includes interventions or actions geared toward treating the patient of whatever illness, disease, or disability he or she may be suffering from.

The care circle is Hall’s explanation of the role of nurses in her model. According to the theory, nurses are focused on performing the noble task of nurturing patients. This specifically speaks to the “motherly” nature of nursing, which may include a nurse addressing a patient’s comfort issues. The role of nursing also includes educating patients, and helping a patient meet any needs he or she is unable to meet alone.

The theory puts emphasis on the importance of the total patient rather than looking at one part or aspect. There is also emphasis put on all three aspects of the theory (care, cure, and core circles) functioning together.