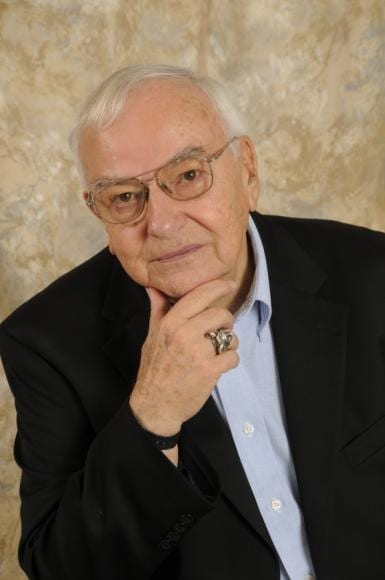 Dr. Carl O. Helvie is a world-renowned nursing educator and nursing theorist. His specialties are public health and holistic medicine. Some of his special concerns are holistic treatment of cancer, the homeless, predicting future behavior of clients though the life cycle, and nursing care in other countries beside the United States. He is best known for his nursing theory entitled Helvie Energy of Nursing and Health. He is also known for his account on how, using holistic health measures, he survived a fatal diagnosis of lung cancer in 1961.

Dr. Carl O. Helvie was born in Gouvemeur, New York, in 1932. He was always headed for a career in nursing, which was quite unusual for the time. Upon graduating from high school in 1954, he went to work for a hospital in Rochester, New York, where he was awarded his R.N in 1958. From there, he became head nurse at Bellevue Hospital in New York City. Attending school at night, Dr. Helvie obtained his BSN in 1958 at New York University.

From there, Dr. Helvie moved to San Francisco, where he used his Public Health certification to work for the Veterans Administration, San Francisco Health Department and the Oakland Health Department. He had the honor of being San Francisco’s first male public health nurse. This was quite a step forward for male nurses at this time; and it was necessary for him to move to California to obtain a position.

In 1961, he was offered a scholarship at the University of California to participate in a master’s program in Public Health. He also adopted a holistic life style to cure his diagnosed lung cancer, while continuing school and work. The nursing theorist secured a lecture position at the University of California upon his graduation, becoming the first male public health instructor in the state.

However, to progress in the teaching field at the University of California, a PhD was needed. So, in 1965 he entered the master’s and PhD program in public health at John Hopkins University. Dr. Helvie has commented that his past education was science and disease based, whereas the education at John Hopkins was community and holistic based. He choose to make community nursing care issues his life’s work after graduation.

After completing his second masters and his PhD, Dr. Helvie began to teach public health nursing at Duke University in 1969. He taught there while working to expand his knowledge of holistic medicine, and he took classes to learning spiritual approaches to patient care in John Hopkins’ Department of Divinity. In 1971, Dr Helvie accepted a position in the Nursing Department at Old Dominion University in Virginia, where he stayed for the next 30 years until his retirement in 2001.

Over the years at Old Dominion, Dr. Helvie conducted research and publication of his major nursing theory in public health, and he continued to do research into nursing care delivery. He also developed an interest in nursing education, leading him to accept the Nursing Department’s Chair. In particular, he postulated his Helvie Energy Theory of Nursing and Health. This was first published in the Canadian Journal of Public Health in 1989 over two separate articles. The first article dealt with the nursing care of the individual; the second article dealt with the family of the client in the community. This theory also formed the basis for his book Advanced Practice Nursing in the Community which he had published in 1998.

After retirement from teaching, Dr. Helvie went on to teach at the University of Applied Science in Frankfort, Germany and acted as a consultant to Russia to improve their nursing education and practice. This last resulted in Dr. Helvie’s article on the differences of the response to the homeless population in Europe, Russia and the United States. Dr. Helvie continues to lecture, do research and work in the fields of public health and holistic medicine.

Dr. Helvie has published over 110 articles on nursing research. He usual areas are wellness, holistic health, community health and care in other countries. He became an editor for the Alternative Health Practitioner after publishing a number of articles for the publication. Beginning with his first master thesis entitled Factors Predictive of Adolescent Behavior, Dr. Helvie continues to be published in a number of journals. Some of his more important journal articles are “Alternate Treatment for Lung Cancer and Irregular Heat Beat”, “Hysteria in a School Setting,” and the “Efficacy of Primary Care in a Nursing Center.”

His published 11 books including his Community Health: Nursing and Practice which received the American Journal of Nursing Book of the Year in community health nursing in 1985. Healthy Holistic Aging: A Blue Print for Success was published in 2007 to national acclaim in the United State and Canada. You Can Beat Lung Cancer was published in 2012 to educate its readers on holistic treatments for cancer and other chronic diseases.

Throughout his life, Dr. Helvie has been awarded many honors. These include Distinguished Career in Public Health Award by the American Public Health Association 1999. He has served as Chair of the American Public Health Association’s Committee on Homelessness. At Old Dominion University, Dr. Helvie was the faculty advisor for the third year, fourth year and graduate students. Eventually, he became Department Chair where he pursued a number of grants to set up the Carl O. Helvie Nursing Center for the Homeless in Virginia.

Dr. Helvie is an excellent speaker who has given speeches for the Optimist’s Club, American Business Women, the American Public Health Association, International Family Nursing Conference, American Library Association and various academic conferences for public health nursing. He has been interviewed on over 125 radio and television programs in the United States and Canada about his holistic publications which integrate community nursing. He is also listed in many reference books including Who’s Who, Who’s Who in Virginia, Outstanding Educator in America, and Men and Women in Science.

Through his lifelong interest in holistic health, Dr. Helvie believes he will be able to continue to support the nursing profession well into old age. He continues to be a popular nursing theorist due to his holistic health knowledge. While retired, he has published articles on growing health remedies in the garden and a history on holistic health remedies. He prides himself as a member of the 11% of the population over 70 that does not have any chronic disease and does not take any medicine on a regular basis.

For more information: Energy of Nursing and Health